Architect and artist Leonardo da Vinci’s famous diagram of a human figure inscribed inside a perfect circle and square should have confirmed long ago that architecture is both art and science. In this issue of the Magazine, we invite you inside both the right and left brain of the Twentieth Century’s most influential architects. 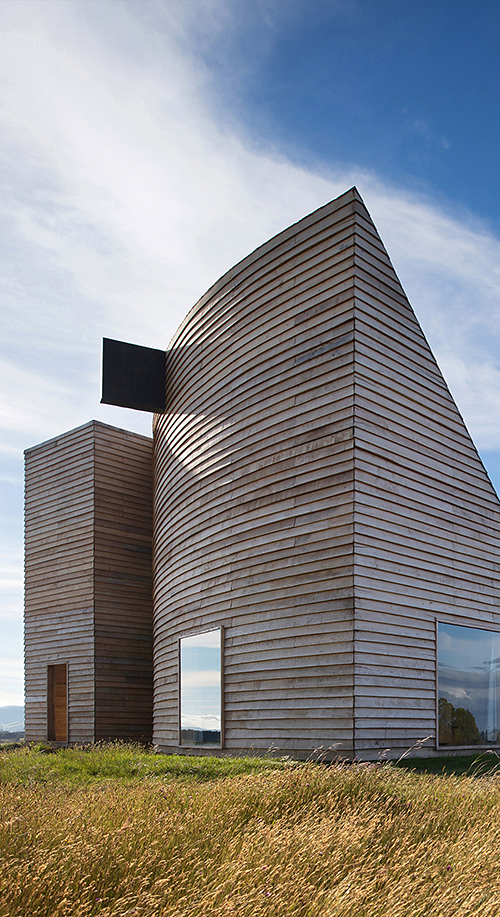 An Introduction to our Architects

Like many starting out in architecture, Le Corbusier made his name, not with finished buildings, but with bold ideas. After a rocky start, the Swiss French architect established himself in the mid 1920s with a series of texts, later collected in his 1923 book Vers une Architecture, or Toward an Architecture.

It was in this book that Le Corbusier set out his Five Points of New Architecture, a set of principles that he thought new buildings should embody. These are: “the use of pilotis, or vertical piers, to raise structural volumes; the toît-jardin (roof garden); the plan libre (free plan); the fenêtre en longueur (ribbon window); and the façade libre (free facade).

What would it look like in practice? The opportunity to see arose a few years later, in the spring of 1928, when a wealthy French insurance salesman, Pierre Savoye, commissioned a French summer house from the architect for he and his wife, Eugéne. Savoye placed few restrictions on the architect, essentially allowing him to put his newly devised principles into action.

The Villa Savoye is the most sophisticated embodiment of Le Corbusier’s Five Points of a New Architecture. You can see this clearly in the finished building, with its pilotis, roof garden and open spaces. Villa Savoye was so clear an expression of Le Corbusier’s ideas, that it is one of the few buildings he continued to draw after the house’s completion.

Carlo Scarpa was a modern architect with an almost sacred respect for the ancient. This outlook came from his long association with Venice, his place of birth. Its beautiful, archaic culture was a formative influence on him. Scarpa regarded Modern architecture not as some simplistic, futuristic means of bulldozing the old but as constituting an integrated part of its historical place and culture.

Scarpa brought this sensibility to his numerous commissions in Venice. A literal example of his ability to bridge past with present came in 1959, Scarpa was engaged to undertake renovation work on the Fondazione Querini Stampalia, a library and art collection housed in a 16th century palazzo, whose water entry faced onto a narrow canal. Noting that the existing cramped and dark doorway was not an appropriate public entrance, he proposed a new entrance bridge to come directly to a ground floor window on the right side of the palazzo’s front facade. This, he said, would transform the old window into a “living window”, a new doorway.

The new bridge, made of stone, steel and wood mirrors in shape and size, if not style, an adjacent, traditional bridge. The differences between the two are evident but not disrespectfully so. As Scarpa said, the joints and connections between elements “are points every builder takes an interest in and always has, but the solutions are different in different periods.”

As every artist knows, the act of reinvention often begins with a name change – that simplest but most effective of rebranding. Mies van der Rohe’s numerous name changes early on in his career were a similar manifestation of his pride in being a ‘self-created’ man.

Along with his self-education and initiative transformation of himself from the son of a stonemason in a provincial town into a renowned architect in the cosmopolitan world of Berlin, the name changes were evidence of the deliberateness with which the architect embarked on reshaping his identity.

In German, the word mies connotes ‘wretched’, ‘miserable’ and ‘rotten’, as well as the state of feeling unwell or under the weather.

By adding the umlaut over the ‘e’ in Miës and the Dutch title ‘van der’ Mies tempered these disagreeable associations. Although ‘van der’ is not actually a noble title, as is the German title ‘von’, this ambiguity lent the name a more aristocratic and sophisticated air, which Mies further cultivated in his attire. His mother’s maiden name, ‘Rohe’, which he added at the end, carried with it the double connotation of ‘raw’ and ‘pure’. Later, of course, the distinguished architect would simply be known as ‘Mies’.

Mies refashioned his name into a nobler version of itself, tinged with irony and self-mockery. Perhaps it was a light-hearted jest in the spirit of avant-garde wordplay, combining sense and nonsense without specific meaning, taking pleasure in the sound and rhythm of words and the proliferation of possible associations.

The Rise of the Female Architect in the 20th Century

Why are women more readily seen as homemakers, rather than home builders? In her introduction to Breaking Ground: Architecture by Women, Jane Hall argues that simple sexism isn’t the entire answer.

Hall outlines the structural barriers, socialised insecurities and male-dominated working environments that have forced female architects to strive even harder to create the wide array of breathtakingly beautiful buildings featured in her poignant and curated book.

“We wanted to contextualise women’s roles in relation to buildings and speak to the fact that the women might not be the project architect of the building but because they are instrumental in founding the practice or running it now that they are equally responsible for the production of the architecture.

“My favorites include: Judith Edleman and her Sinai Reform Temple, on Bay Shore, New York; Lina bo Bardi’s MASP; Elisabeth Böhm’s Bensberg Town Hall, Germany; the MK Gallery in Milton Keynes, UK by Stephanie Macdonald from 6a Architects. There’s also young African architect Mariam Kamara, and her Hikma Religious and Secular Complex, in Dandaji, Niger. It was built in 2018 and looks like a desert fortress!

“The ‘golden age’ for women’s architecture was probably between 1930 and 1970. Architecture was global and the conversations that led to a reshaping of society and global politics via modernism was really important because of the wars. I think the women who were able to become architects at that time had access to that discourse. Nowadays, architecture is more diffuse, it’s more affected by different technologies and we have more materials we can build in and I don’t think as a profession we’re as united.”

Architect and artist Leonardo da Vinci’s famous diagram of a human figure inscribed inside a perfect circle and square should have confirmed long ago that architecture is both art and science.

But it is often assumed that architecture’s ‘art’ is formal expression and its ‘science’ is building technology and materials. Yet science can embody an experimental attitude toward the natural world, and at the same time, provide the muse for artistic expression.  This duality has made the idea of ‘flow’ a sustained element in the work of the architect Jeanne Gang.

“Flow’s ever-changing visual characteristics have long fascinated artists, who have captured its whirls, eddies, and vortices in drawings, paintings, and sculpture,” Gang says. “It has also been a key subject for scientists, who continue to study the physics and biology of movement in wind, water, crowds, flocks, and swarms.”

Gang’s projects are often both scientific explorations of flow and artistic expressions that make flow legible in their final architecture. “In the strata wall of a community centre for instance or the wavy slab edges of a high-rise tower, concrete’s fluidity is both aesthetic inspiration and physics rendered visible,” Gang says. “The structural vaults and bridges of a museum addition preserve the memory of concrete’s liquid state and suggest geology formed by flows of wind and water.

“An additional aspect of flow – more behavioural and psychological – informs designs driven by the movement of people through space. From our earliest work to our most recent, we continually return to explorations of flow – intriguing; multivalent; and, like architecture itself, a pursuit merging both sides of the brain.” 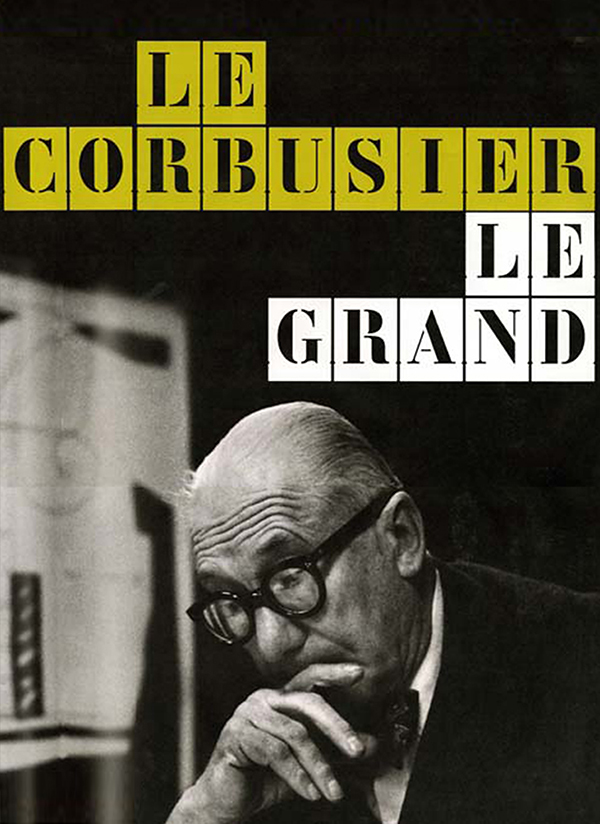 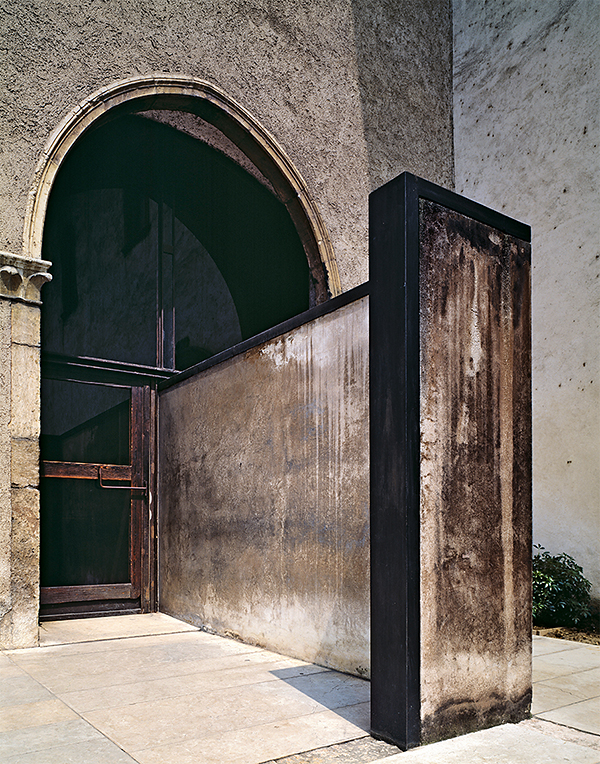 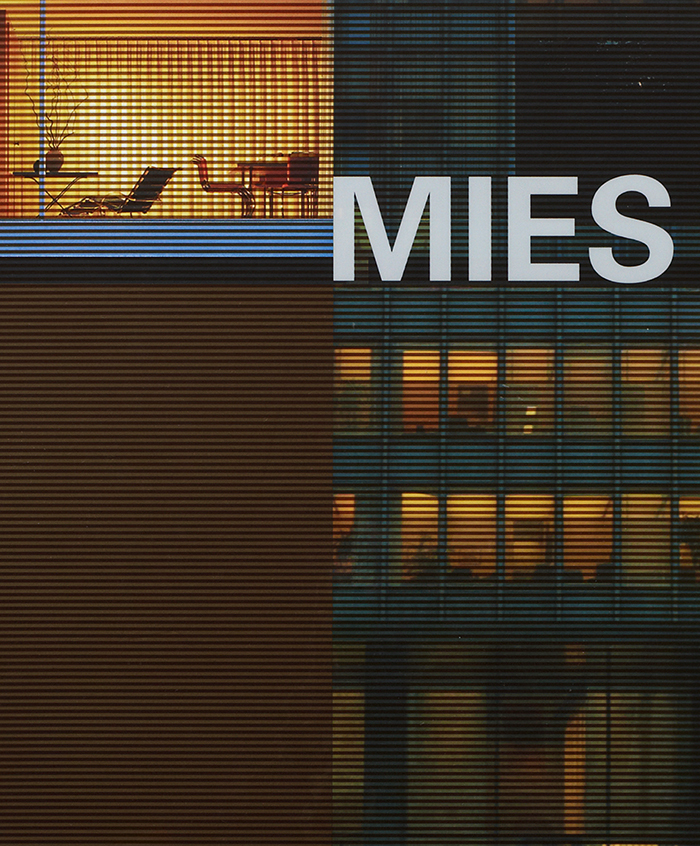 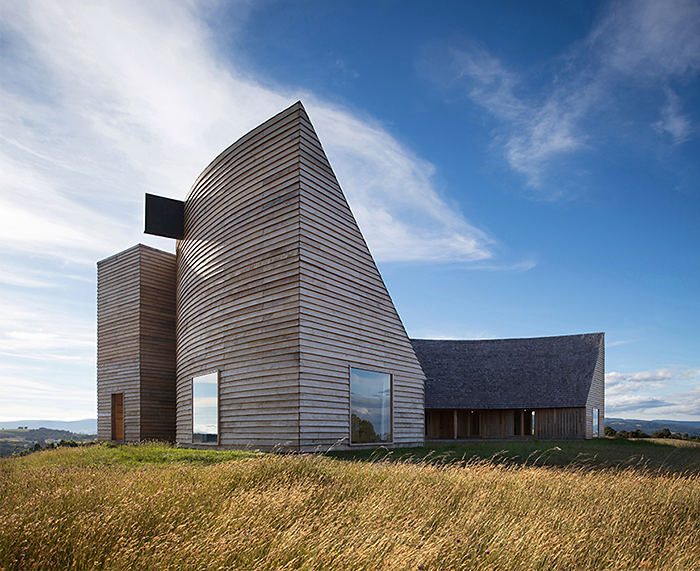 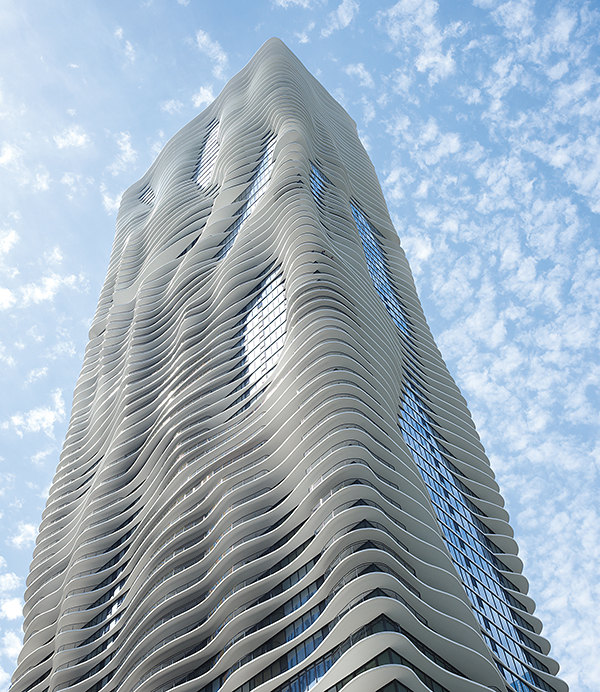