“We started to realize that the lack of freedom and freedom of expression is what caused China’s tragedy.” 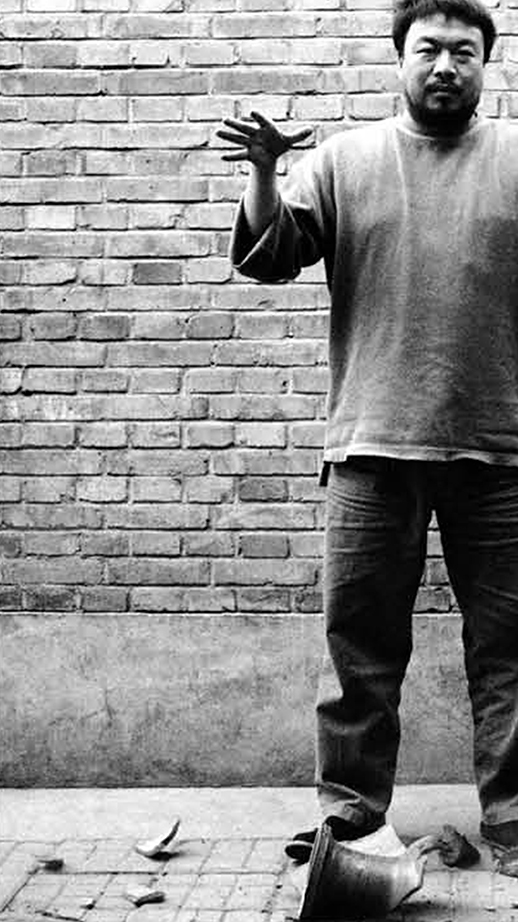 “We started to realize that the lack of freedom and freedom of expression is what caused China’s tragedy.”

There were almost no books. The whole nation was to have no single book. I got my first book on Van Gogh, Degas and Manet and another one, Jasper Johns, from a translator. His name was Jian Sheng Yee. He married, I think, a woman from Germany, and so he had a chance to get those books, and he gave them to me. He thought, ‘Ah this kid loves art.’ And those books became so valuable. You know, everyone shared them in Beijing – this very little circle of artists, everybody read those few copies. It’s very interesting that we all liked the post-Impressionists but we threw the Jasper Johns away because we couldn’t understand it. We asked ‘What is this?’

We are a generation that had a sense of the past, which is the time of the Iron Curtain and of the communist struggle. It was a tough political struggle – it was against humanism and individualism and there was, as you know, strong censorship of anything not coming from China. It was even more severe than in North Korea today. The only poetry you could recite was about Chairman Mao. Every classroom, every paper we read was about Chairman Mao, his language and his image. But we all knew what happened before that in the 1920s and 1930s. We all knew about our parents’ fights for a new China, a modern China with a democracy and a science. And then suddenly they had a chance, in the late 1970s and early 1980s, to rethink that part of history. We started to realize that the lack of freedom and freedom of expression is what caused China’s tragedy. So this group of young people started to write poetry and to make magazines, adopting a democratic way of thinking. We started to act really self-consciously and with a self-awareness to try to achieve this – to fight for personal freedom.

It was like spring had come. Everybody would read whatever book they had. There were no copy machines, so we would copy the whole book by hand and give it to a friend. There was a really limited amount of ‘nutrition’ and information, but it was passed on with such effort and such a passionate love for art and rational political thinking. That was the first genuine moment of our democracy.