Borago is one of the world’s 50 Best Restaurants and is located in Santiago, Chile. Chef Rodolfo Guzman is at the helm.

Borago is one of the world’s 50 Best Restaurants and is located in Santiago, Chile. Chef Rodolfo Guzman is at the helm.

I opened Boragó in 2006 after I found a small, run-down bar with the potential for thirty-eight covers in the Vitacura district of Santiago. I had wanted to open my own restaurant for many years, so I was eager to get started, but I had no partners and little money. At the time I thought that because I had worked at some of the best restaurants in Europe, opening a restaurant on my own would be a guaranteed success.

I knew that I wanted to establish a kitchen team dedicated to cooking with ingredients rooted in the Chilean landscape and culture. Until that point, no one had paid attention to Chilean ingredients and cuisine. Traveling through the country, I had begun to learn a lot about our food heritage, and I wanted to share that with my team. I envisioned us using that experience as a starting point, then pushing forward, working with mainly endemic ingredients that the old Chileans – Mapuches – had been using for thousands of years, reconnecting Chilean people with their culinary heritage. I felt anxious to begin a serious learning process. 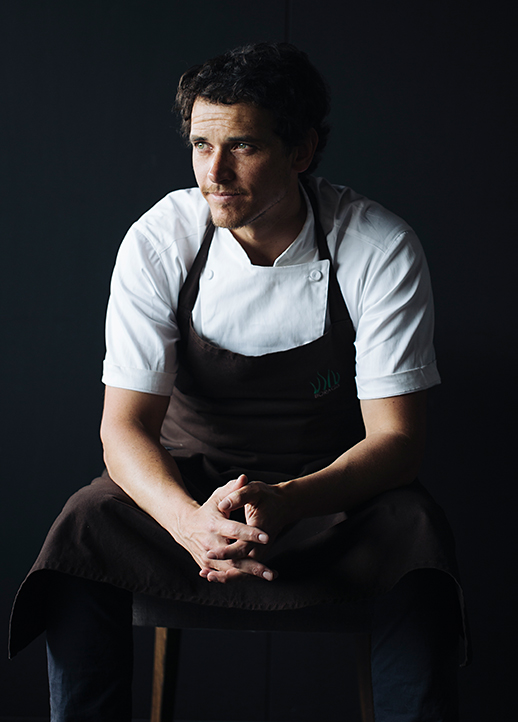 I was (and still am) convinced that a good restaurant has to understand its society, territory, geography, origin, seasons, and traditions in order to produce outstanding food. I wanted Boragó to be the kind of restaurant that was constantly learning and generating knowledge about how to produce great food. But to do this, I knew the journey to find our own cooking path was going to be long.

People weren’t going out to dine very often in Santiago, yet compared to other Latin American countries, we had one of the most diverse endemic pantries in the world. I realized that this was a huge opportunity.

I decided that in the following ten years we were going to promote our food culture and set up an infrastructure to enable us to use our country’s natural resources, like they were doing in restaurants across Europe, Japan, and North America – and I was not going to give up. As Chilean chefs, we weren’t rooted to our land or culture. The transition to a greater awareness and attachment wasn’t going to be easy. But I was young and naive and thought I could change the world.

I could not believe that all the ingredients I saw during my travels could be growing in our country, but it was almost impossible to source them for our restaurant in Santiago because they were not in demand in the restaurant industry. I kept asking myself: when did we stop meeting the people who grow and harvest our food?

I decided we would build a network of people foraging, growing, and harvesting the food out of the ground for us, just like the Mapuches did thousands of years ago. The Mapuches say, “when someone is cooking, somebody else is harvesting from the ground, and no one is more important than the other.” This way of thought represents a chain of collaboration, connecting everything around you and understanding it as a whole.